Effects of long hours of television watching on memory 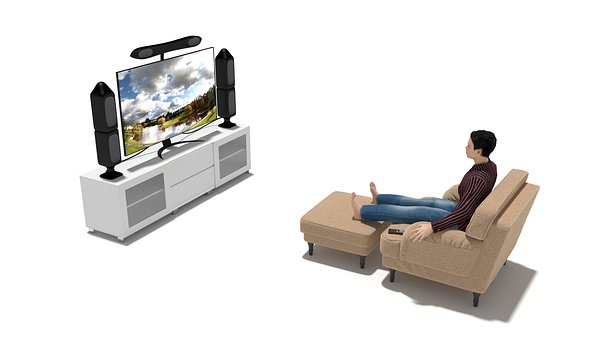 Watching television for more than three-and-a-half hours a day could leave adults with a deteriorating memory, a study suggests.

Tests on 3,500 adults over 50 found that verbal memory decline was twice as bad in couch potatoes, compared to lesser TV watchers, over six years.

Our memory naturally gets worse as part of the ageing process.

The researchers cannot be sure that TV was the cause of more rapid memory decline, but they say it could be that watching it for long periods stopped people from doing other more stimulating activities such as reading, and exercising.

The study, in Scientific Reports, found that those who watched television for more than three-and-a-half hours a day experienced, on average, an 8% to 10% decrease in verbal memory.

For those watching less than that per day, it was around 4% to 5%.wH

There was no evidence of TV having an impact on language fluency.

Dr Daisy Fancourt, from the UCL Institute of Epidemiology and Health Care, said that while watching television may have educational and relaxation benefits, “overall this suggests that adults over the age of 50 should try and ensure television viewing is balanced with other contrasting activities”.

Study participants, from England, were tested on how well they could remember a list of 10 common words and asked to list as many words in a particular category in one minute.

The research took into account other potential explanations for memory decline including lifestyle factors, and other behaviours, such as time spent sitting, and exercising.

Although the study did not ask people what they were watching on TV, some types of television could have a greater effect on cognitive decline, it said.

“Older people tend to like watching more soap operas, which can be stressful because they identify closely with the characters,” says Prof Andrew Steptoe, from UCL.

“This may create cognitive stress which could contribute to memory decline.”