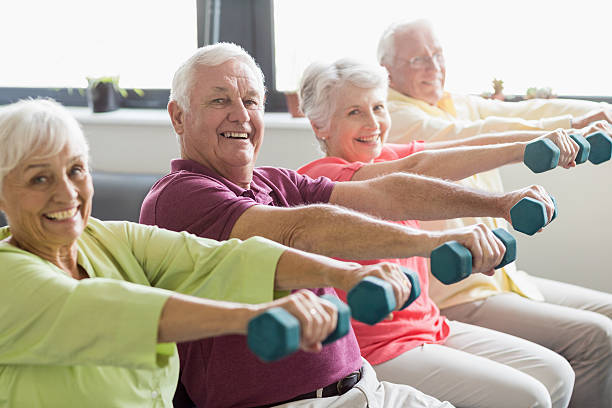 Taking regular exercise is the most effective single lifestyle choice people can make to reduce their risk of dementia, according to one of the most extensive studies yet into people’s long-term health outcomes.

The 35-year investigation, carried out by researchers at Cardiff University, found that consistently following just four out of five key behaviours could reduce dementia risk by 60 per cent, while also cutting the chance of heart disease and stroke by 70 per cent.

Of the five behaviours – exercise, not smoking, having a low bodyweight, a healthy diet and low alcohol intake – exercise was found to be the most effective at improving long-term physical and mental health.

Although the five factors will be familiar to almost everyone, researchers said they were “really amazed” by quite how beneficial they had proved to be.

“What the research shows is that following a healthy lifestyle confers surprisingly large benefits to health,” said principle investigator Professor Peter Elwood of Cardiff University’s School of Medicine. “Healthy behaviours have a far more beneficial effect than any medical treatment or preventative procedure.”

The study, the longest of its kind to probe the influence of environmental factors in chronic disease, followed the health outcomes of 2,235 Caerphilly men. It is published today in the journal PLOS One.

Professor Elwood said that, unfortunately, the evidence from the study was that very few men actually follow the kind of healthy lifestyle that can prove so beneficial, and that, while smoking rates had gone down since the study began, the number of people living completely healthily had remained unchanged.

On Wednesday the UK will host the first ever G8 Dementia Summit, with health ministers meeting to discuss a global strategy to combat the disease. Dementia rates are set to treble worldwide to 135 million by 2050, with enormous societal and economic costs.

Dr Doug Brown, director of research and development at the Alzheimer’s Society said: “We have known for some time that what is good for your heart is also good for your head, and this study provides more evidence to show that healthy living could significantly reduce the chances of developing dementia.”