BENEFITS OF EXERCISE ON PHYSICAL AND MENTAL HEALTH OF OBESE CHILDREN 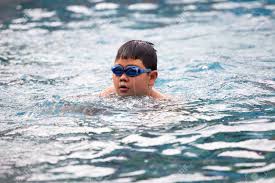 Obese children are always at increased risk of emotional problems, not only in childhood but also in adulthood. Obese children often have low self-esteem resulting into loneliness, sadness and nervousness.  In adulthood they often become victim of smoking and drinking alcohol. If they gets teased in schools many suffer of depression, and in some cases they have attempted suicide.  To cure these symptoms they need to be more moving, doing physical activities, engaging in sports.  Exercise must be their daily routine under all circumstances.  Impress upon the children the long term benefits of healthy lifestyle.  Reduce their sedentary lifestyle and limit their activities on television and computer games.

Regular exercise is not only good for the physical health of an overweight child, it also improves the ability to think, plan and perform math, the results of a new study show.

US researchers studied 171 overweight children between the ages of seven and eleven. All children were inactive at the beginning of the study, but some did exercise for study purposes.

Children in the exercise program performed intense activity, including running and skipping.

The study found that regular exercise has improved the ability of inactive overweight children to think, plan and calculate.

The MRIs showed that those who did exercise experienced increased brain activity in the prefrontal cortex-an area associated with complex thinking, decision-making, and correct social behavior-and had decreased activity in an area behind the brain.

The activity in the part of the brain responsible for the so-called executive function also increased in children who were exercising. Leadership is the ability of a person to manage daily tasks through planning and self-management. It includes the ability to focus on tasks and cope with changes in the routine.

They suggested that cognitive enhancements were the likely outcome of brain stimulation due to movement rather than cardiovascular improvements, such as increased blood and oxygen supply.

They also suggested that such vigorous physical activity promotes the development of brain systems underlying knowledge and behavior.

Catherine Davis, the lead researcher said that children need to be active to reach their potential.

These findings are published in Health Psychology.