Coffee beneficial in reducing many diseases 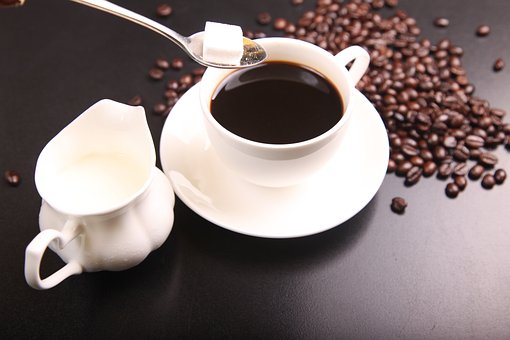 A new study by the Institute for Scientific Information on Coffee shows that drinking coffee can reduce the risk of developing neurodegenerative diseases such as Alzheimer’s and Parkinson’s.
“Research suggests that a higher intake of coffee and caffeine, up to 5 cups of coffee a day, could act as a [preventive] measure against the risk of developing neurodegenerative diseases, including Parkinson’s disease.

Other studies that have analyzed coffee / caffeine consumption have shown that the risk of heart disease, Parkinson’s disease, certain types of cancer and type 2 diabetes may be reduced.

There is evidence that drinking coffee can help improve blood sugar.

Two ingredients in coffee, cafeestol and caffeic acid, “increased insulin secretion when glucose was added”. The researchers also found that Caféestol in particular “increases the absorption of glucose in muscle cells, according to the amounts of an anti-diabetic currently prescribed”.
Other studies have shown that the substances in coffee (especially coffee esters and kahweol acetate) inhibit the growth of prostate cancer.
The researchers found that moderate amounts of coffee (1 to 2 servings per day) were associated with a 26% lower risk of colorectal cancer, while more than 2.5 servings per day were associated with a risk reduction of up to 50% and not. It doesn’t matter whether the coffee is caffeinated or decaffeinated.

Researchers have found that excessive coffee consumption can increase high blood pressure, which can lead to various health problems, including heart disease.

The recommendation for an average healthy adult is around 3 to 5 cups a day (8-ounce coffee contains 80 to 100 mg of caffeine) or around 400 mg of caffeine a day (pregnant or breastfeeding women should limit caffeine to 200) mg)
Drinking coffee can have various health benefits, but it doesn’t mean that if you are not a coffee drinker, you should contact a Starbucks near you. “If you don’t like coffee, you don’t have to start drinking it.