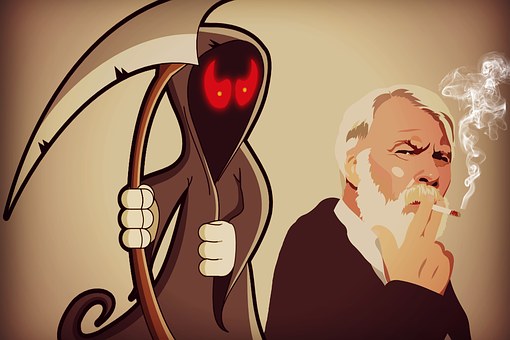 Cancer is a group of diseases involving abnormal cell growth with the potential to invade or spread to other parts of the body. Cancer causes cells to divide uncontrollably. This can result in tumours, damage to the immune system, and other impairment that can be fatal.

Causes of caner are many and some of them are preventable like heavy alcohol consumption, smoking, physical inactivity or poor nutrition. Genetic factors can also contribute to cancer development.Overexposure to ultraviolet light from sun or sunbeds is main cause of skin cancer.  Certain jobs have higher risk of cancer because of exposure to gases, chemicals, radioactive substances or some other aspects of their work.

Cancer is different and stronger than other diseases. It can be present in the body for a long time and can only be recognized at a later date, which hinders its containment and treatment. There is no exact cause for this disease, but there are several risk factors.  It is considered one of the deadliest diseases.

It is found out with various tests, such as imaging tests, ultrasound,Endoscopy or bone scanning.

Following are different treatments for cancer.

This is the method of treatment that uses drugs to destroy cancer cells. This prevents the affected cells from developing and forming new cells. As the rate of cell destruction is very rapid, nearby normal cells are also damaged. Neoadjuvant chemotherapy is used before surgery and adjuvant chemotherapy after surgery. It is used for Metastatic cancer that has spread to other parts of the body and is recurrent when the cancer recurs after treatment. It is administered in cycles and usually lasts 6 months or a year.

It is an operation to remove the tumor from the body. This is one of the most used and oldest treatments. It can also be used for various purposes, for example the diagnosis of cancer, the location of the cancer and the extent of its spread. It can be used alone or in combination with other techniques such as chemotherapy and radiation therapy.

Cancer cells are destroyed by high-energy X-rays and other particles. The main goal of this treatment is to slow down the growth of cancer cells and kill them without damaging the healthy tissues that surround them. More than half of people with cancer receive radiation therapy at least once. There are two ways to implement it. First, by external radiation, in which the radiation is emitted from the outside of the machine. It can also treat large areas of the body. Another method is internal radiotherapy.