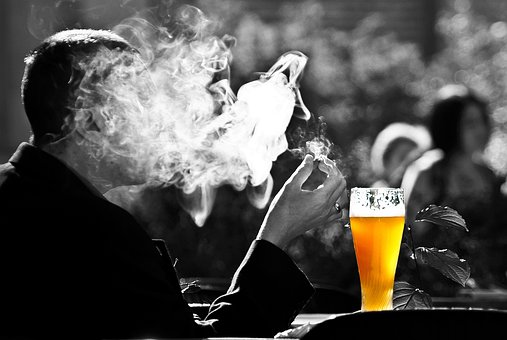 If life looks gray and cloudy when you smoke, you might not be imagining it.

But the heavy smokers showed significant changes in their red-green and blue-yellow color vision and also had greater difficulty discriminating contrasts and colors than nonsmokers.

“Our results indicate that excessive use of cigarettes, or chronic exposure to their compounds, affects visual discrimination, supporting the existence of overall deficits in visual processing with tobacco addiction,” said co-author Steven Silverstein, director of research at Rutgers University Behavioral Health Care.

“Cigarette smoke consists of numerous compounds that are harmful to health, and it has been linked to a reduction in the thickness of layers in the brain, and to brain lesions, involving areas such as… the area of the brain that processes vision,” he added in a university news release.

And, he noted, “Previous studies have pointed to long-term smoking as doubling the risk for age-related macular degeneration and as a factor causing lens yellowing and inflammation.”

Nicotine and smoking harm the body’s circulatory system, and these findings indicate they also damage blood vessels and neurons in the retina, according to Silverstein.

He said the results also suggest that research into vision problems in other groups of people, such as those with schizophrenia who often smoke heavily, should take into account their smoking rate.

About 34 million adults in the United States smoke cigarettes, according to the U.S. Centers for Disease Control and Prevention, and more than 16 million have a smoking-related disease, many of which affect the cardiovascular system.

The study was published recently in the journal Psychiatry Research.